The Hyogo Prefectural Hyogo Tsu Museum has restored the first Hyogo Prefectural Office, which was established at the end of the Edo period and the Meiji era.The “first prefectural office” and the museum facility “Hyogo Hajimarikan” stand side by side.It is a rare museum in Japan.As a base to disseminate the charm and diversity of the five countries, the origin of Hyogo PrefectureThe maintenance is underway, and the “first prefectural office” was opened on November 3, 2021 (Wednesday / holiday).The Hyogo Hajimarikan is scheduled to open in the second half of 2022.

Greetings from the Honorary Director 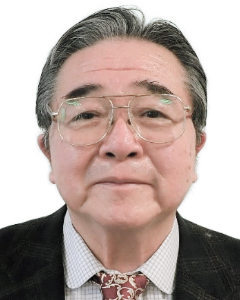 The ancient Owada no Tomari has been called Hyogo no Tsu since the Middle Ages and prospered as a major port in the Seto Inland Sea. During the Edo period, it was crowded with people traveling on the Saigoku Kaido, and since the 18th century it has become a city where about 20,000 people live. At the end of the Tokugawa shogunate, the port was opened due to treaties with other countries, and about half a year after the opening of the port, Hyogo Prefecture was born here in July 1868. Shunsuke Ito (Hirofumi) was appointed as the first governor, and the former Osaka Town Governor’s Office Hyogo Office became the first prefectural office.
The Prefectural Hyogotsu Museum, which will be established in the place where the prefectural office was founded, is a place for learning and sightseeing consisting of the original prefectural office building, which is a restored original prefectural office building, and the Hyogo Hajimarikan, an exhibition facility for nature, history, and culture. It is a facility where children and adults can enjoy experiencing the history of Hyogo Tsu and the prefecture since its birth, and the regional heritage of the prefecture consisting of five countries.
The first prefectural office will open this fall. I would like many citizens of the prefecture and people from outside the prefecture to visit us. Please come visit us.

Hyogo Tsu is a port city with a history of over 1000 years, and is the “starting place” where the first prefectural office was located. The “Hyogo Prefectural Hyogo Tsu Museum”, which is the base for transmitting the charm and diversity of the five countries, the origin of Hyogo Prefecture, which traces the history of Hyogo and its own process, is the “first prefectural office” and “Hyogo Hajimarikan”. It consists of two facilities, and these are integrated.
At the restoration facility “First Prefectural Office”, which will open on Wednesday, November 3, 2021, you can experience the historical space when Hyogo Prefecture was established. In addition, you can enjoy MR experience at “Virtual VISIT!” And a commemorative photo taken in a temporary prison.
At the museum facility “Hyogo Hajimarikan,” which is scheduled to open in the second half of the 4th year of Reiwa, you can enjoy learning about Hyogo Prefecture through permanent exhibitions and special exhibitions. At the Gokoku Theater (tentative name), which is one of the highlights, the nature, culture, history, etc. of Hyogo are projected on a large screen, giving you a sense of realism as if you were actually there.
Aiming to be a “base facility that discovers a unique history and increases Hyogo fans” that many people from inside and outside the prefecture visit and interact with, fostering attachment to their hometown by widely disseminating various local resources in the prefecture, it is lively. Will be created.